2021 Male Athlete of the Year Nominee 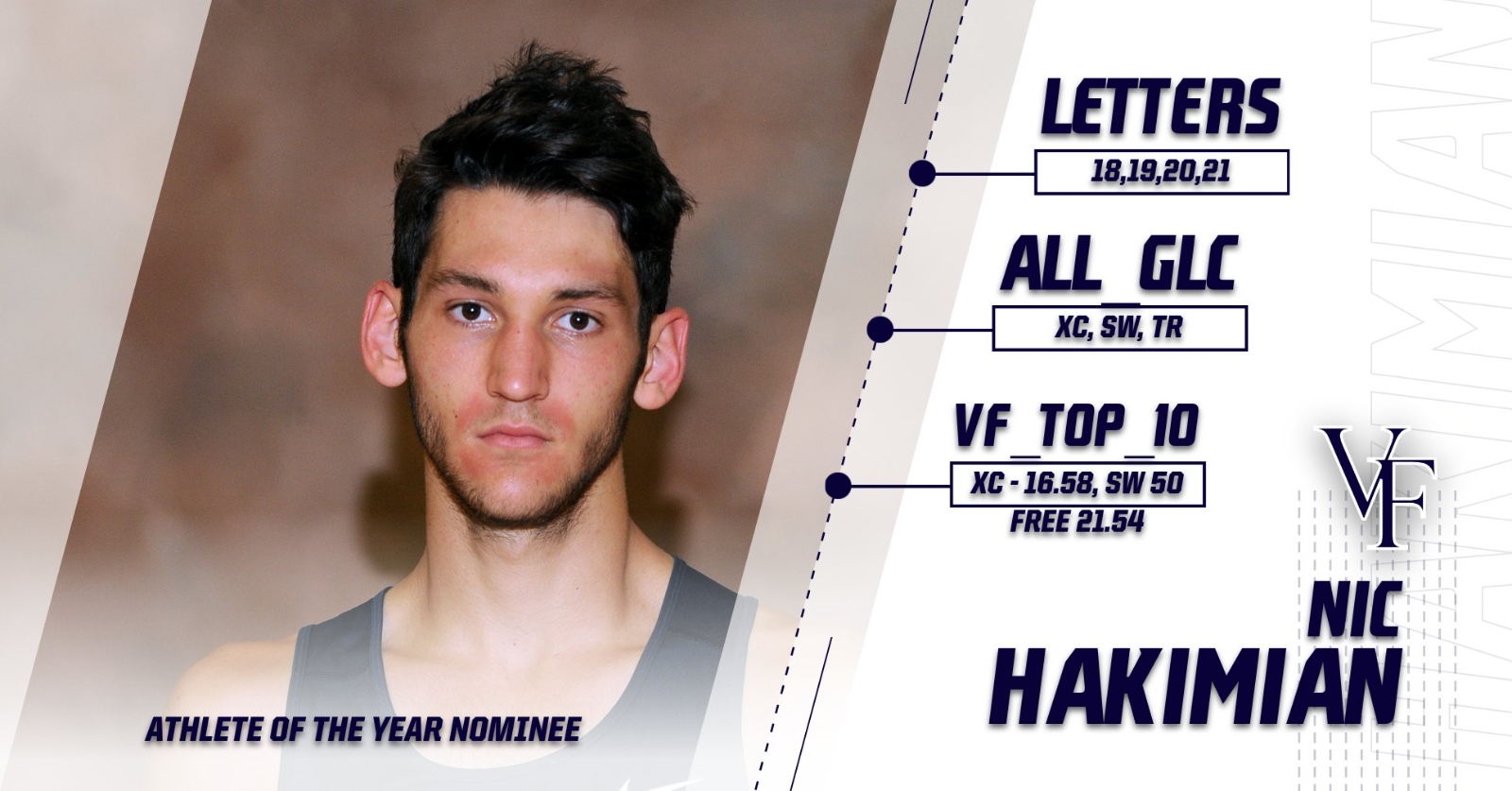 My name is Nicolas Hakimian. I have been doing sports most of my life ranging from soccer, baseball, football, and even some basketball. Although I have played all kinds of sports I never really found the love for the ones I am currently competing in until high school. I started running cross country and swimming my freshman year and it was something I had not previously thought of participating in, But once I joined the teams I felt like I was a part of a second family. I trained as much as I could over the next four seasons to achieve my goals of breaking records and qualifying for as many championships as I could. This led to me qualifying for regionals for cross country and Districts for three years in swim and dive as well as the State Championship my senior year in the 50 freestyle. Both of these things have not been done in over ten years. Achieving this landed me getting fourth on the top ten record board for cross country and breaking the fifty freestyle record in swim(which was a twenty-year-old record). Track and Field was the only sport I continued into high school from middle school, But running was not a priority as I mainly jumped (high jump and long jump). It has mainly in the past been conditioning for cross country but I’m ready to compete for Championship spots and records to end my senior year going farther and faster than I previously ever have.